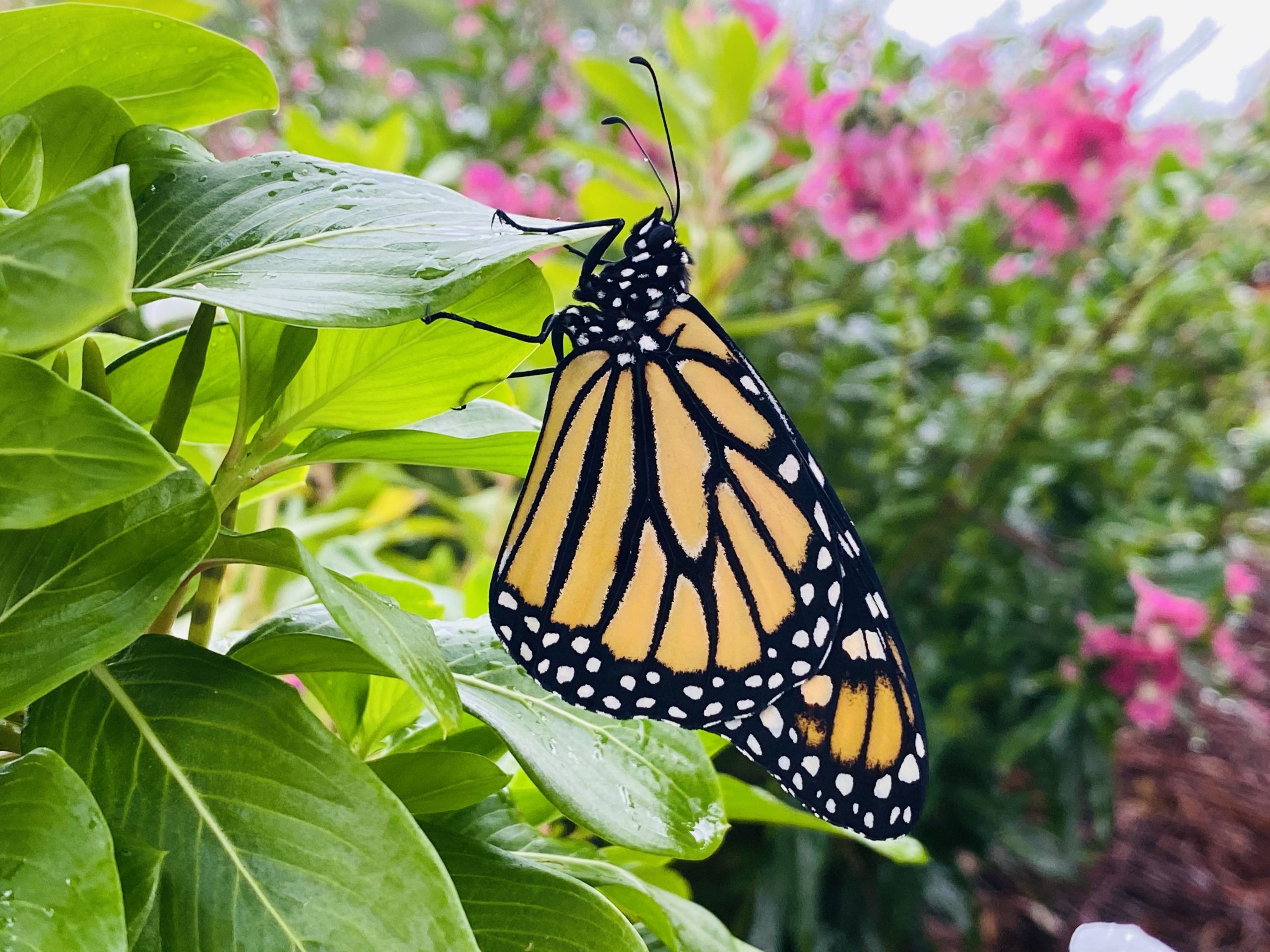 Why are monarch butterflies important?

Monarchs are pollinators and share the same habitat with other pollinating species. Humans rely on pollinators for food production. If monarch populations decline due to habitat loss, other pollinator populations such as bees and bats will decline as well. This will negatively affect human food systems. If you enjoy eating berries, watermelon, apples, bananas, and even chocolate, thank a pollinator.

Did you know that monarch butterflies migrate every year?

The migration of the monarch butterfly is one of the world’s most fascinating wildlife phenomenons. Millions of butterflies travel thousands of miles to a winter haven in central Mexico. Some fly all the way from Canada and parts of the eastern United States until they reach their destination.

The eastern monarch butterfly starts its long migration south in the late fall when it senses cold weather is approaching. Monarchs differ from other butterfly species because they can not survive the harsh winters of the northern climate.

This is one of the greatest wildlife phenomenons because scientists still don’t know how this species knows where to go. Not only do they migrate to the same forest every year. But studies have shown that some monarch butterflies return to the same tree as their ancestors did. Keep in mind that this is not the same butterfly as the previous year, but the 4th generation. AMAZING!

After making the long journey south, they gather in the trees and hang in colonies. When the temperature is above 50 degrees and the sun is shining, millions of monarchs flutter around with spectacular grace. Towards the end of winter, they mate. The male dies soon afterward and the female heads back north, depositing her eggs along her route. She then dies soon after her mission is complete.

What you can do to help

This critical environment is facing extreme danger due to habitat destruction and the decline of ecotourism.

Please consider donating today to help us save this species.